Signs and Treatment for Periodontal Disease near Ronkonkoma 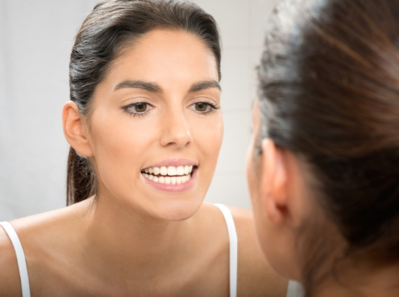 Millions of Americans, primarily adults, suffer from periodontal disease (gum disease). While gum disease is easily treatable and reversible when caught in the early stages, most people do not recognize the signs of the disease. As a result, the condition often goes undiagnosed and untreated until after it has reached the later stages. Once the later stages of the condition are reached, serious and irreversible damage has often occurred. The key to catching the infection while in the early stages involves regular appointments to your dentist and learning to spot the symptoms of gum disease while at home. As your dentist for periodontal therapy, Dr. Makadia discusses the most common signs of the infection. As a leader for treatment for periodontal disease, Ronkonkoma residents seek his services to restore their oral health.

Periodontal disease develops when plaque and tarter accumulations are not removed from the gum line. Bacteria thrives in plaque, causing the gums to become infected. When the infection first begins, it is known as gingivitis. Gingivitis is easily treatable without causing any long-term consequences to oral health. However, most people are not aware they are experiencing symptoms of gingivitis, allowing the infection to progress.

Early signs of gingivitis include bleeding gums when brushing and flossing. In addition, the gums may appear red, slightly swollen, and feel tender. If you experience any of these symptoms, you need to find treatment for gum disease near Ronkonkoma.

When left untreated, gingivitis causes deep pockets in the gum line to form. Bacteria becomes trapped in these pockets, causing the infection to intensify. Once these pockets have developed, the later stages of gum disease occur. In the later stages of the condition, the gum tissue will begin to recede, exposing the root surfaces. This causes the teeth to become sensitive to temperature changes and when pressure is placed on the teeth.

As the infection progresses, painful pus pockets can form. You may notice a discharge from the gum and the bleeding will become worse. In addition, pain and inflammation intensify. Overtime, the underlying bone will begin to deteriorate, as well as the tooth roots. This will cause the teeth to become loose, which may result in the teeth eventually falling out.

Your oral health is not the only area to be impacted by gum disease. Gum disease is directly linked to causing significant overall health problems, including cardiovascular disease. As a result, it is critical to seek treatment for periodontal disease immediately once symptoms occur.

Treatment for Periodontal Disease near Ronkonkoma

If you have noticed signs of gum disease, contact Sunrise Dental Service to schedule a consultation.